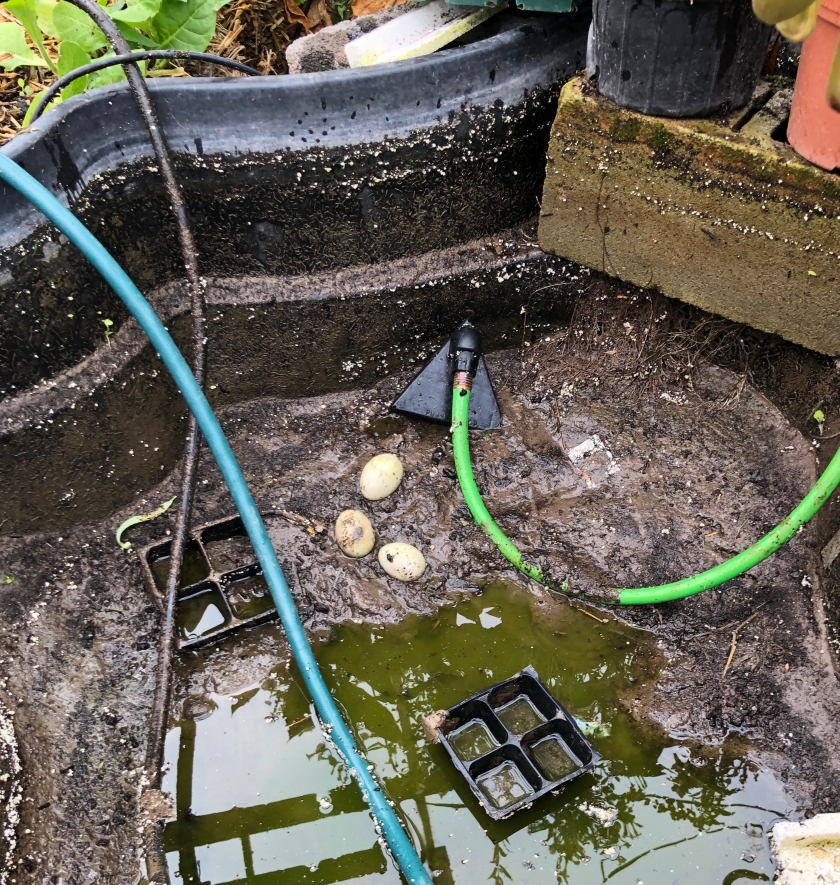 This is not a pretty picture. I decided to drain the greenhouse pond due to the ducks breaking in and, in addition to eating half my seedlings, drowning a bunch of them that I had floating in the pond to keep hydrated. The pump that circulates the water was sputtering and I didn’t want it to perish so I drained the pond (transfer pumps are amazing FYI).

And this is what I found! Apparently those assholes laid eggs in the pond. And these eggs aren’t from their most recent break-in because I don’t think they were in there long enough; these are from the winter when I felt bad because the temperatures dropped into the negative teens so I let them hang out inside the greenhouse. So these eggs have been rotting on the bottom of the pond for four months or so. I’m pretty sure at this point they might be considered delicacies in some countries!

And apparently autocorrect has been right this whole time – ducks are fucks!